The war in Ukraine is entering its second year. Ukraine now holds the initiative, but there is no quick end in sight. The war grinding war continues.

Ukraine’s success in the war has not only been rooted in a strong will to defend itself, but also in the support provided by the West in the form of training and equipment. This support will have a decisive role in how the war ends. It is in the interest of us, Europe, and the entire world that the war ends with Ukrainian victory and as quickly as possible. Russia must not be allowed to live under the delusion that it has in any way benefited from a criminal war of aggression. Thus material support for Ukraine must continue and be strengthened.

At the beginning of the war there was a lot of discussion in all countries about the level of aid and what material should be sent. We have learned a lot in just under a year. Among other things, new technologies can quickly change the situation on the battlefield. Step by step, we have increased both the quantity and quality of the material sent. However, change has been slow. Now is the time to take a step forward.

Winter is here. The frozen ground will once again change the situation for both Russia and Ukraine. This should also be reflected in the support we provide.

Despite decisively supporting Ukraine, some weapons are still excluded from support. Among other things, western, modern main battle tanks have not been part of the material sent. Such tanks would significantly increase Ukraine’s combat capabilities on the battlefield. New equipment requires training, and it would therefore be particularly valuable to provide the Ukrainians with a large number of tanks of the same type, in the use of which the Ukrainian troops can be effectively trained.

A Leopard 2 main battle tank of German origin would be ideal for this purpose. Thousands of variants of this have been built since the end of the 1970s and are in use in Germany, the Netherlands, Sweden, Denmark, Spain, Norway, Poland and Finland, among others. It is one of the most used Western tanks. In terms of performance, it surpasses its Soviet-era Russian counterparts. The Cold War set-up was about achieving a qualitative advantage over an attacker who was assumed to have a quantitative edge.

Through a joint European effort, we could contribute in a perhaps decisive way to Ukraine being able to maintain momentum in the war.

Finland has a total of around two hundred Leopard 2 tanks. Geography limits our ability to transfer large amounts of critical equipment that is in use, but by signaling readiness to contribute even a small number of tanks we might be able to get a joint European tank effort going. It is needed now.

By starting this discussion, we were able to sow a seed for wider – and more effective – support.

Finland’s own defense capability must not be compromised, but it is clear that Ukraine’s success in the war is also decisive for Finland’s security. If we deliver tanks, we must of course immediately begin the preparation of acquiring replacements.

The risk that an increase in the level of support would lead to an escalation should not be overestimated. The nature of the support itself would not be significantly changed by the fact that the support also includes Western tanks.

We must also be careful not to assess our support based on a Russian narrative, but instead make decisions based on how best to defend our own interests and our values. 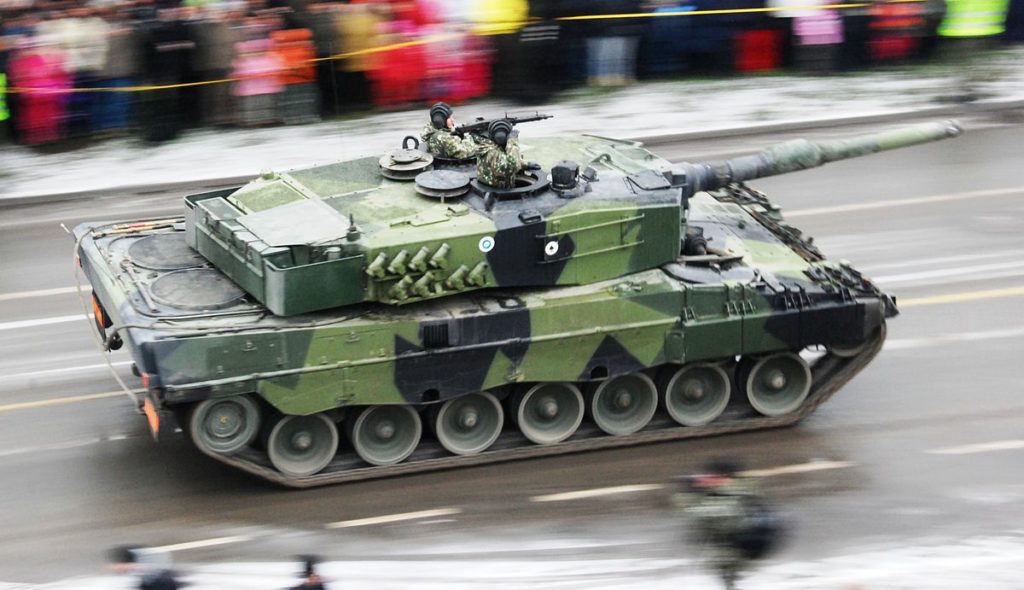